The new Azure portal has been in preview mode for around 1 year now is it provides a totally different user experience.  There have been several major update to the portal with recent announcements here.  The feature updates have partially come from end users suggestions here.

Resource blades surface to show Azure resources like Websites, VMs, SQL Databases, etc. They are a common starting point or destination when you use the Azure portal.  Creating a new Website you see the blades appear as you click to make adjustments.  You can see the different Tiers and the costs are easily displayed. 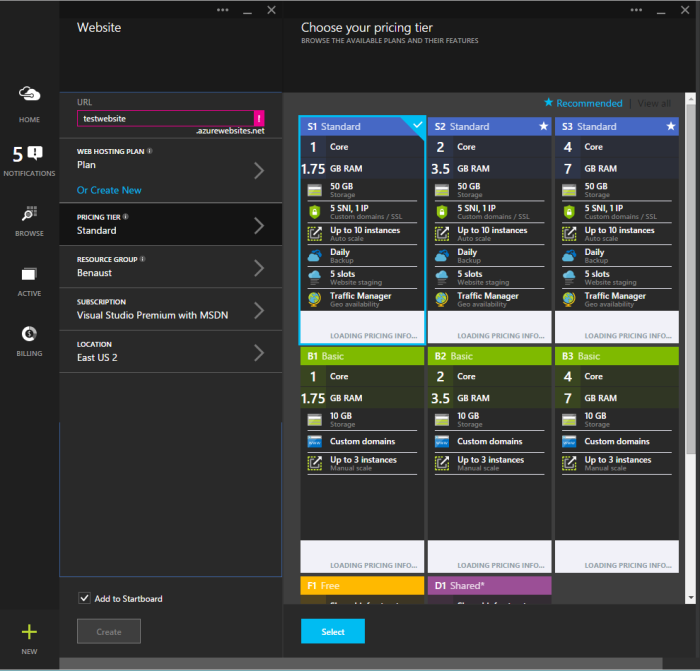 Deploying a SharePoint Farm is a 5 minute task (automated provisioning will happen in the background).  When making the SharePoint farm we have the options to create a new Domain Controller, set SQL customizations and again virtual server sizes.

With 1 click of Create, all required services are provisioned automatically.  The portal home page shows my SharePoint Farm and my Website being created.

Once my Website is running and I select it, then from my Essentials Portal I can then natively run a console directly from the Azure Portal. 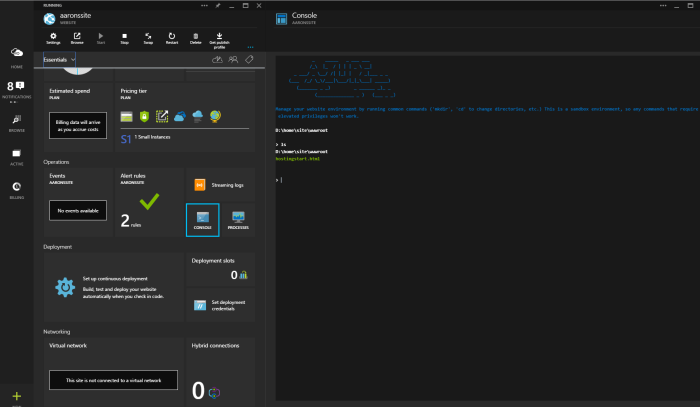 You can add additional parts to your console, via right clicking from the Essentials Portal. 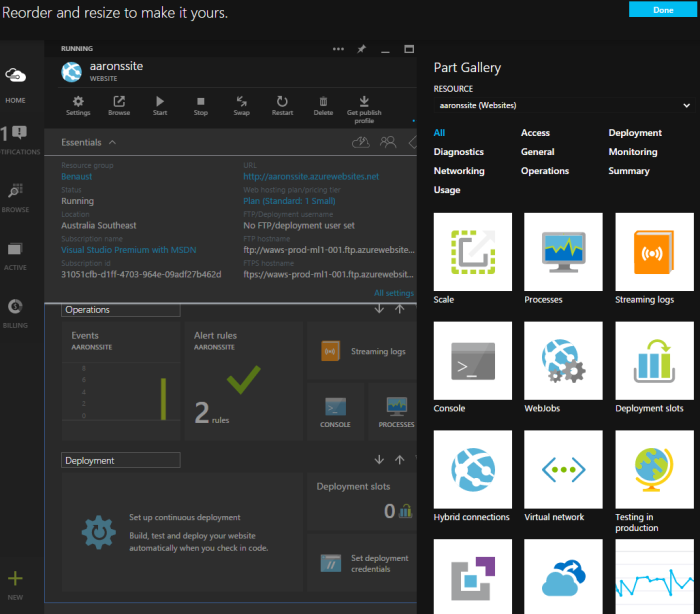 Once SharePoint is running we can see all servers that were deployed simply by select the ‘create’ button. 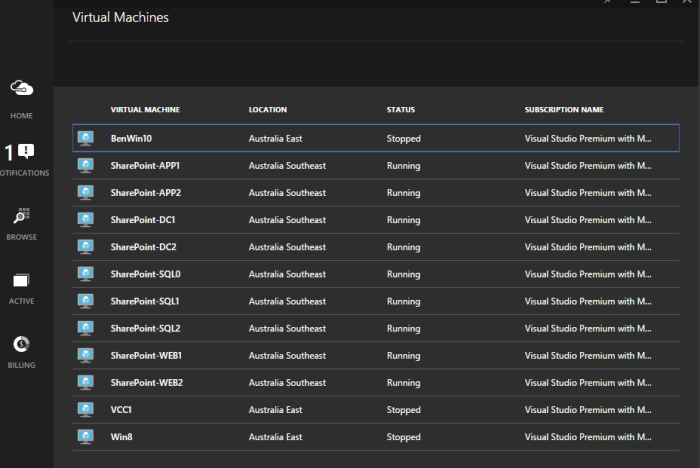 The usage costs now show up in far more detail through this portal (assuming you have a paid subscription).

These features can help ease administration.  For more information check out the following links.

Get a free Second Shot when you register for any online proctored MCP and MTA exam (available until May 31, 2015)

Microsoft have updated the popular Skills and Certification Roadmap to reflect the latest skills development and certification information, including the new Devices MCSE, Azure exams and exam electives.  For certification pathways, download the roadmap as a PDF here.

Outlook app on iOS and Android

I thought I would install and test both on my Samsung Galaxy S4 and my iPhone 5s.

The current Android offering is rather limited compared to the iOS version.  Connecting to On Premise exchange, Office 365 and Yahoo all passed. 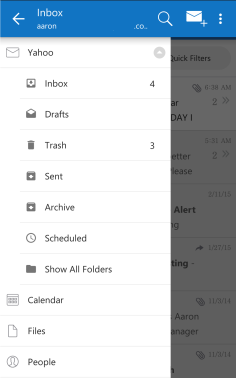 Connecting to On Premise exchange, Office 365 and Yahoo all passed.

I was trying to get used to the Focused and Other views of my messages.  To change these settings under settings, badge count, all.

Email Thread view.  Note the colored icons for people. eg. AW = Aaron Whittaker.  The default view shows the last email from the thread “Will do in 25 mins”. 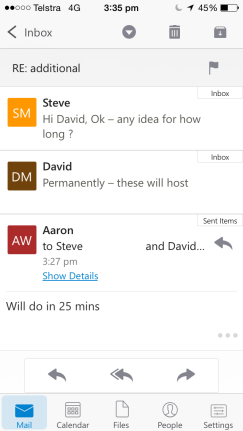 Great Calendar view from within the app.

Add your files through your choice of online storage accounts.

Again the contacts show up with a colored icon under people, also from with the same app. 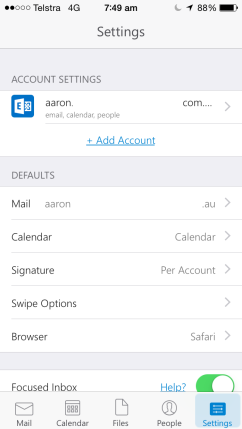 Having used both for a week now I can say that there are no issues with either, but the iOS version definitely has more features.  I found Outlook to be more customisable than the built-in mail apps or the Yahoo app in either platform (Android or iOS).  I like having the Mail, Calendar, Files and People buttons all within the one app.  Hopefully Microsoft will bring these missing features to Android with an update soon.

Additionally just today there was the announcement that Microsoft bought iOS, Android calendar vendor Sunrise for $100 million, definitely not the old Microsoft or climate that we were accustomed to.  Perhaps this will replace the existing Acompli calendar?

*** Update 16/02/2015 – Any emails with an attachment sent from either application did not get delivered.

This User Group is free to attend. On the 1st Thursday of the Month. The User Group will be focused on On-Premises Cloud, Azure, Office 365 and ADFS.

Aaron Whittaker. I work at Microsoft.