The Microsoft Brisbane Branch is running an End of Year charity event supporting cancer research QIMR Berghofer Medical Research Institute. The event will be trivia night, with raffles and prizes. Microsoft has committed to matching all monies raised. The event is open to Microsoft staff and general Public.

A small donation will be required to attend the event. This will cover entry, food, and trivia entry (please advise any dietary requirements asap). Trivia teams will be created on the night.

A small donation for alcohol will also be required.

QIMR Berghofer is one of Australia’s most successful medical research institutes. QIMR Berghofer is focused on improving health by developing new diagnostics, better treatments and prevention strategies, specifically in the areas of cancer, infectious diseases, mental health and complex disorders.

Find it on Maps here

Enquires for corporate donations should be directed towards Aaron Whittaker awhitt@microsoft.com

Should you have any additional requirements/queries regarding the event, please contact Aaron Whittaker.

We look forward to seeing you.

As the population increases the amount of arable land is not going to keep up at the same rate.

Does anyone ever consider where their food comes from, what it takes to grow, or the technology behind the new age farmer?

There is now large farm equipment such as tractors that cannot be serviced without a laptop with propriety connector cables and customised software for diagnosing. This can tie the farmer to a particular tractor company for the life of the product. Farmers need to service their own equipment as they have done for generations. Recently farmers have even resorted to running hacked Russian firmware just to service and run their Tractors and other equipment. Who owns the software on the tractors on board computer to keep it running? A recent exemption to the Digital Millennium act made it legal for farmers to hack their tractors solely for the purpose of repair. Microsoft and Apple were both in attendance at a recent hearing in Nebraska to understand a ruling on this very question. Why would Microsoft and Apple care if a farmer in Nebraska can service and repair their own tractor? Because it would affect all tech companies, not just John Deere. A right to repair.

What is the impact of GPS.

Precision technology such as GPS and Internet of Things (IoT) helps lower the total price goods of which most consumers are oblivious to. Recently during a meeting with local farmer Mark Williams I wanted to understand the impact of technology within his business. All of the measurements on the right can be done right from 1 screen without having to exist the cabin of his harvester. Traditional manual ways of obtaining these measurements results resulted in down time/outages. He stated that a GPS on a tractor/harvester saves on average 10 laps of a paddock from unnecessary over laps. This adds up to thousands of dollars in savings of wasted products, seed and diesel. A farmer may work a paddock 4 or 5 times each year, that is 40-50 laps saved per paddock per year.

How accurate is GPS?

When a farmer sows a crop, the GPS keeps the tractor unbelievably straight. The next year the GPS will be able to remember exactly to the cm where the machine was and what it did last year and move each row over exactly 4 or 8 cms to ensure that you are not planting a seed directly where a seed grew the year before. This technology has mind boggling accuracy with significant yield increases! This is incredibly powerful. A harvester may spend 40% of its life harvesting at night time in the dark, this is now easier and more efficient thanks to GPS, saving on fuel and wear and tear.

Farmers Edge is partnering with Microsoft’s Azure IoT to monitor moisture content across a farmer’s land. Understanding specific weather patterns via a weather network and the different micro-climates to measure heat, wind direction, rain, and other metrics. This will help ensure that correct amount of fertilizer/spray is used in each region of the land and paddocks.

As the world’s population continues to grow this and other technology will be very important to ensure there are ample crops.

Mark also stated that he has previously used weather modelling tools that show yield but this requires manual entries. Previous to this Mark recorded everything manually. Mark is currently assessing what IoT could do for his farm to digitize and increase yields while saving costs. To learn what you and your customers can do with precision farming to increase your yields with Azure IoT click here.

Reproduction of this content is unauthorized without prior approval

Here is a break down of the essentials needed to plan and implement your solutions on @Microsoft Azure IaaS. This 7-minute intro covers compute, virtual machines, containers, networking, storage and management options including Azure Site Recovery (ASR) and Security Center in Microsoft Azure. Presented by Global Black Belt in Azure Stack Matt McSpirit

Tonight I was lucky enough to attend a Bitcoin/Etherium user group in Sydney with the following people on the panel:

Craig Wright- an Australian computer scientist, businessman that challenges the world with visionary ideas. Speculation remains that he is Satoshi Nakamoto (the creator of Bitcoin).

Tobias fisc investor. Ico. why do you need a token.

Robert Allen – PWC payments and fintech consulting practise in Australia with responsibility for advisory servers in both traditional payments systems and emerging technologies.

Robert gave us a great introduction to Bitcoin and Blockchain for all newbies in the room.

Craig first started with a basic answer to the simple question, describe how Bitcoins works. You can see his response to this question here. He also touched on the potential for compromising coins. Craig is not interested in alternative coins. Craig says his development group is now patenting ideas to help Bitcoin stand out from the crowd rather than providing open source code. Craig is not interested in funding for further developments and says that they have plenty of funds.

Craig made some great points responding to the question, Why is Bitcoin better than fiat and gold? Gold standards are manually manipulated, inaccurate, only 20% of all owned gold is actually physically real, Gold was historically used to settle debt, and thus a store of value follows. Fractional reserve banking system is broken. To ensure less risk you can peg a currency on colored coins. Craig then touched on Bitcoin cash and proof of stake, free and low cost transaction. Bitcoin trade costs were built on the Coke model. The public make very small amounts of profits over high volumes. International trade with all countries including financial inclusions will increase prosperity in poorer countries. They are currently prevented from international trade. 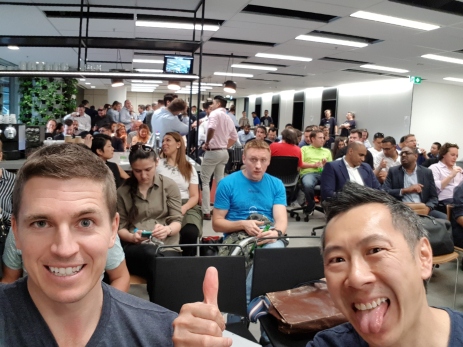 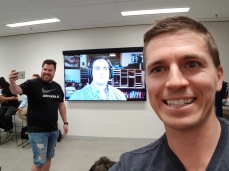 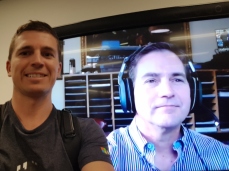 Craig said that he went through the motions of trade 10 million pounds to USD and the trade costs $10. Bitcoin is not for rich people. Rich people have a means to send vast sums of fiat money with low risk internationally. The general public however can expect to pay $10 to send just 200 pounds. Bitcoin allows Inclusive finance for general public and people from low income countries.

House insurance can be turned on its head, smart contracts could be used to buy a house. People can buy 100 shares in each house instead of 1000 shares (100%) to reduce their risk.

Bitcoin is not a mesh.

One day Bitcoin could handle 1 million transactions per second, it has been tested in a private lab. Constraints on blockstream satellite transactions on Philippines sim cards include: It is very easy to sensor, satellite blockers only cost $50 and they can block these transactions.

To avoid any censorship we can use sms or Twitter as plumbing for Bitcoin transactions.

Now that we can use IPv6, we can Cryptographically assign addresses that periodically change; it is now near impossible to ddos. Craig says attack attempts would now millions of years.

Lasanka spoke about some of his investing tips including taxation considerations.

Tobias spoke about the various platforms ICO’s are avaliable on and some of the technics that he has used to invest, and buy and dump.

Bok said he was impressed by the many use cases for smart contracts based on the Etheruem platform. The many ICO’s allow ideas to be funded. Bok’s greatest lesson learned so far, on reddit there is an Ethereum thread they were arguing in 2015 and they are still arguing now (joke).

You can also watch the full session here.

If you have enjoyed this content, please send me a few Satoshi’s to show your appreciation BTC 1BqRBxkdpSRPtbKWF2WqkpWg8y78r294VU

Here in the Microsoft Brisbane office each week there is usually at least one User Group that you can attend. Sometimes two are on at the same time. The topics and subjects are varied.

C# Mobile Developers – For those of you with Xamarin Studio, or Visual Studio with Xamarin and are building for iOS/Android/Windows mobile/Watches/HoloLens stories.

Azure User Group – This user group has more of a developer focus.

Office 365 User Group – The group aims to share Office 365 + EMS knowledge and best practice in an open and supportive environment.

Women in IT – A passionate group building the next generation of Digital leaders in Entrepreneurship, Digital Marketing, Design, Strategy and Technology.

Now, I know I missed a few, you can find even more here.

If you would like to sponsor, present or attend, please reach out at the above links. If you have any trouble, please DM myself.

Some of these user groups even have special all day events. These varied User Groups are exciting for the IT community. Most of these groups are free and appreciate the support from Microsoft at all levels, theaters, catering, but most importantly great guest speakers from time to time.

See you at the next User Group…

Everyone always wants everything to go faster. More RAM (Memory) and more CPU.

There are two simple ways to do this with an Azure Virtual Machine. Simply select your VM in the Azure portal

And adjust the size up/down. If the desired new VM size is supported on the current hardware cluster hosting the VM, then the resize operation is a simple reboot operation.

More information on this can be found here.

The same can also be done via PowerShell

These are available in multiple formats, for more details and downloads please check here.

This User Group is free to attend. On the 1st Thursday of the Month. The User Group will be focused on On-Premises Cloud, Azure, Office 365 and ADFS.

Aaron Whittaker. I work at Microsoft.